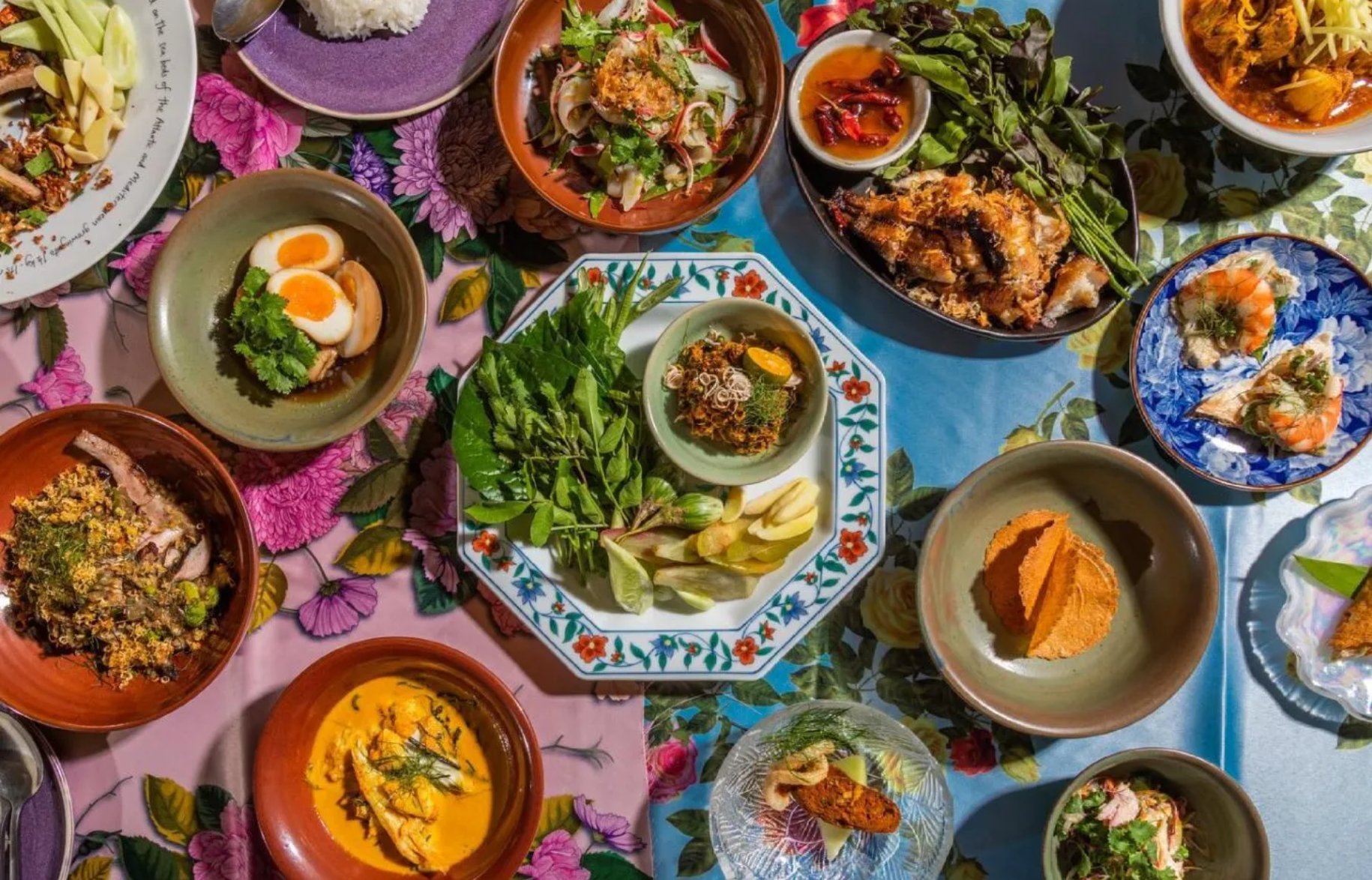 In Thai cuisine, the focus is placed on meals that are delicately cooked and have robust aromatic components as well as a spicy edge. According to Australian chef David Thompson, an expert on Thai cuisine, unlike many other types of cuisine, Thai cooking is “about the juggling of disparate elements to create a harmonious finish. Like a complex musical chord it’s got to have a smooth surface but it doesn’t matter what’s happening underneath. Simplicity is in no way the dictum here, at all.”

Traditional Thai food may be roughly divided into the following four categories: tom (dishes that are boiled), yam (spicy salads), tam (foods that are pounded), and gaeng (curries). Dishes that are prepared by steaming, deep-frying, and stir-frying all have their roots in Chinese cuisine.

In 2017, CNN Travel conducted an online poll with 35,000 individuals located all over the world to determine the “World’s 50 Best Foods.” Seven Thai dishes were included on this list. Tom yam goong came in fourth, pad thai came in fifth, som tam came in sixth, massaman curry came in tenth, green curry came in nineteenth, Thai fried rice came in twenty-fourth, and nam tok mu came in twenty-fifth. Thailand had more dishes on the list than any other nation (36th).

We have prepared for you a list of some of the most popular dishes of Thai cuisine:

Guay teow is a dish that is served almost everywhere in Thailand and is considered to be one of the most popular Thai dishes. Any kind of noodle soup can be referred to as guay teow. Rice noodles or egg noodles can be used in its preparation, and it can be made with chicken, pork, or beef (though it is not typically suitable for vegetarians). The majority of the time, the broth will also include wontons or meatballs added by the vendor. The dish tastes best when finished with a variety of condiments, such as sugar, lime juice, dried chili peppers, and fish sauce. Guay teow is a dish that can be consumed at any time of the day, but it is especially delicious when eaten as a late-night snack.

This world-famous bowl of steaming deliciousness is daring, fragrant, and accompanies a rather powerful and pungent rush of spice. To make tom yum goong, you will need traditional Thai ingredients such as lemongrass, chili, galangal, kaffir lime leaves, shallots, fresh lime juice, and a generous amount of fish sauce. If you prefer a creamier version, fresh prawns and mushrooms, as well as coconut cream, are added to the dish.

Tom kha gai is a dish that is related to tom yum and provides individuals who have a lower tolerance to spice the opportunity to taste the same wonderful flavors as those found in tom yum. Aside from the level of spiciness, another characteristic that sets Tom kha gai apart is the abundance of rich coconut milk that is typically included in the dish, which results in a flavorful and sugary broth. As is the case with the vast majority of Thai dishes, vegetarian options can be easily adapted by exchanging a few key ingredients.

The Isaan region of Northeastern Thailand is home to one of the most well-known and well-loved dishes in all of Thailand: som tam. There are many variations of som tam, but the traditional recipe calls for shredded green papaya, tomatoes, carrots, peanuts, dried shrimp, runner beans, palm sugar, tamarind pulp, fish sauce, lime juice, garlic, and an abundance of chili peppers. The use of a mortar and pestle to combine the ingredients intensifies the flavors, resulting in a dish that is extremely irresistible to eat.

A meat salad known as laab or larb is typically seasoned with various fresh herbs. The culture is very similar to that of northern Thailand and Laos. It can be prepared with a variety of meats, including pork, fish, chicken, duck, buffalo, or cow. Coriander, scallions, and a generous amount of mints are essential components of this dish; however, the spices, herbs, and types of meat used may vary from region to region.

Jok is a type of rice porridge that is frequently eaten for breakfast in Bangkok. The key to the success of this dish is a flavorful broth that is augmented with chopped pork, chives, cilantro, fried garlic, ginger, and lemon at the end. It is an excellent choice for a nutritious breakfast.

Pad See Ew uses rice noodles that are significantly thicker than those used in Pad Thai. A substantial amount of soy sauce, pork, eggs, tofu, and Chinese broccoli are stir-fried with the noodles.